The letter written by President Muhammadu Buhari in which the President endorsed Mai Mala Buni, Governor of Yobe, as Chairman of the All Progressives Congress (APC) Interim Committee has dominated the front pages of Nigerian newspapers.

La Nation says Buhari has asked the APC-elect governors to allow Buni to continue as the party’s interim president. Abubakar Malami, the federation’s attorney general, said the federal government was considering the options available on the 2022 election law, the newspaper reports. 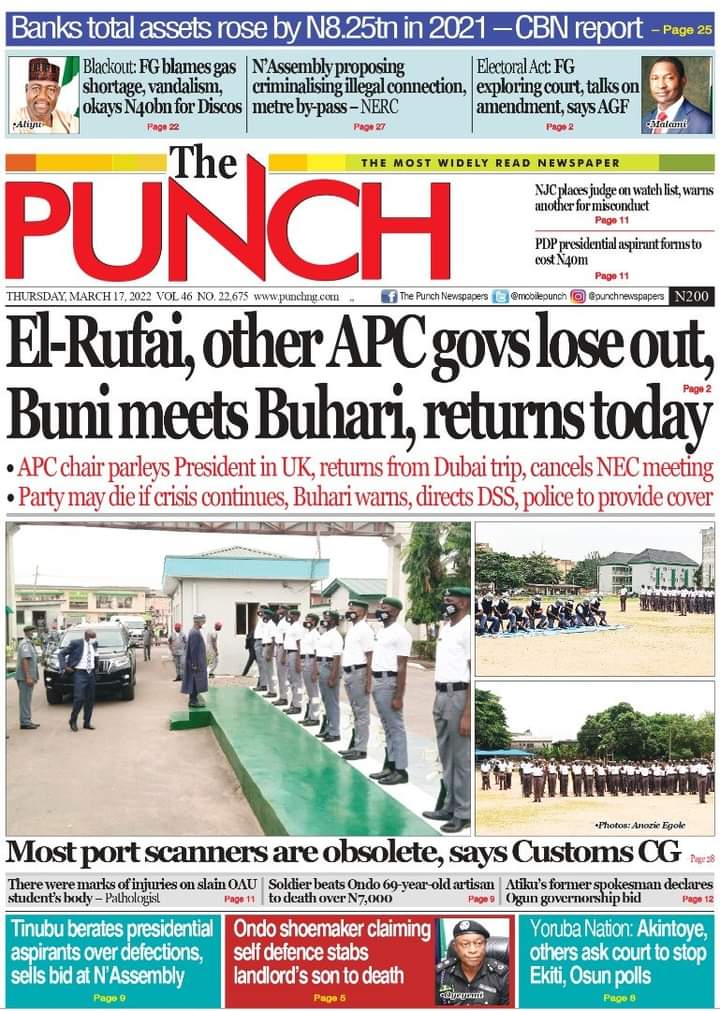 The Punch reports that the federal government has blamed gas shortages and pipeline vandalism for the recent power outages. The newspaper says agitators for the ‘Yoruba Nation’ actualization have asked a court to stop the upcoming gubernatorial elections of Osun and Ekiti. 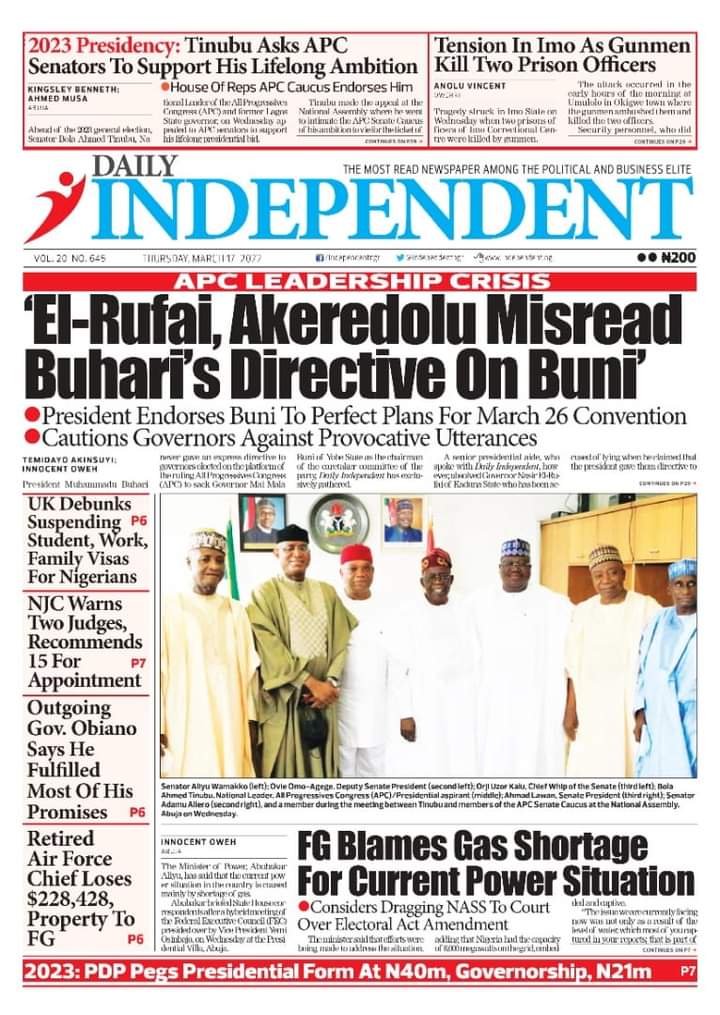 Daily Independent reports that Bola Tinubu, leader of the APC, has asked federal lawmakers in his party to support his ambition to become president. The newspaper says gunmen killed two prison officials in Imo state on Wednesday. 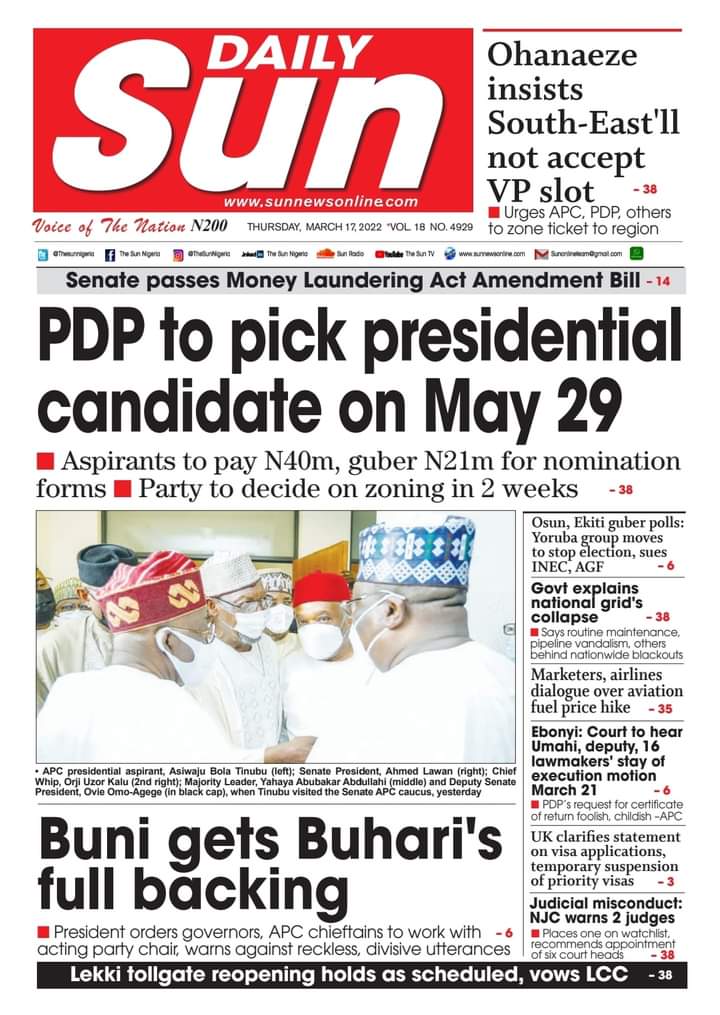 The Daily Sun reports that the Peoples Democratic Party (PDP) will choose its presidential candidate on May 29. The newspaper reports that oil distributors and airline operators have started a dialogue on the rise in the price of aviation fuel. 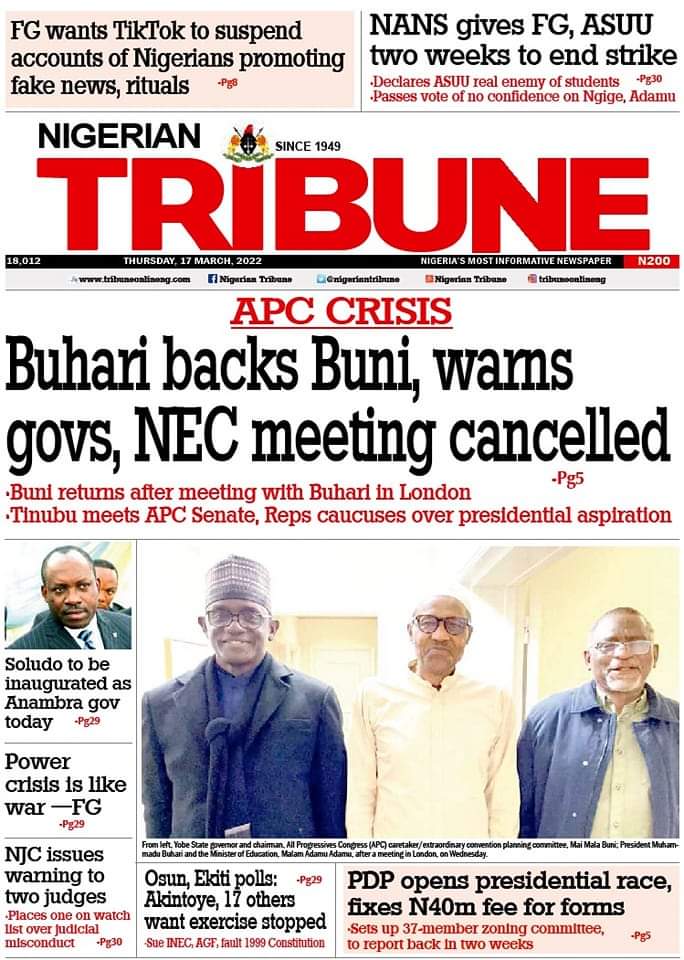 The Nigerian Tribune reports that the National Association of Nigerian Students (NAN) has issued a two-week ultimatum to the Federal Government and the Academic Staff Union of Universities (ASUU) to end the ongoing strike. The federal government has asked TikTok, the video-focused social media platform, to stop using its platform in Nigeria to promote money rituals and fake news, the newspaper said.