EC Saharaui is the most and best read Saharawi media on the internet, positioning itself as an absolute reference for news on Western Sahara in the digital sphere. In the parameter of visits to the latest official data recorded by Alexa and SimilarWeb, ECSaharaui remains the undisputed leader with a record of 14 and a half million per year.

During the year 2021 EC-Saharawi reached an average circulation of 14 million audiences, a figure higher than the sum of all Saharawi digital media.

Writing. DHW. Madrid. | THIS Sahrawi It continues to be, by far, the Saharawi newspaper with the highest audience among all the Saharawi press portals, according to the latest official data recorded. The year 2021 marked a new milestone in the history of ECSaharaui: we reached the record of 14,650,201 unique visitors in ecsaharaui.com

This represents growth from the last year of 2020. For comparison, in the first quarter of the outgoing year, we reached 6,200,000 readers. We conclude from the same data as ECS continues to grow and it won’t stop next year. 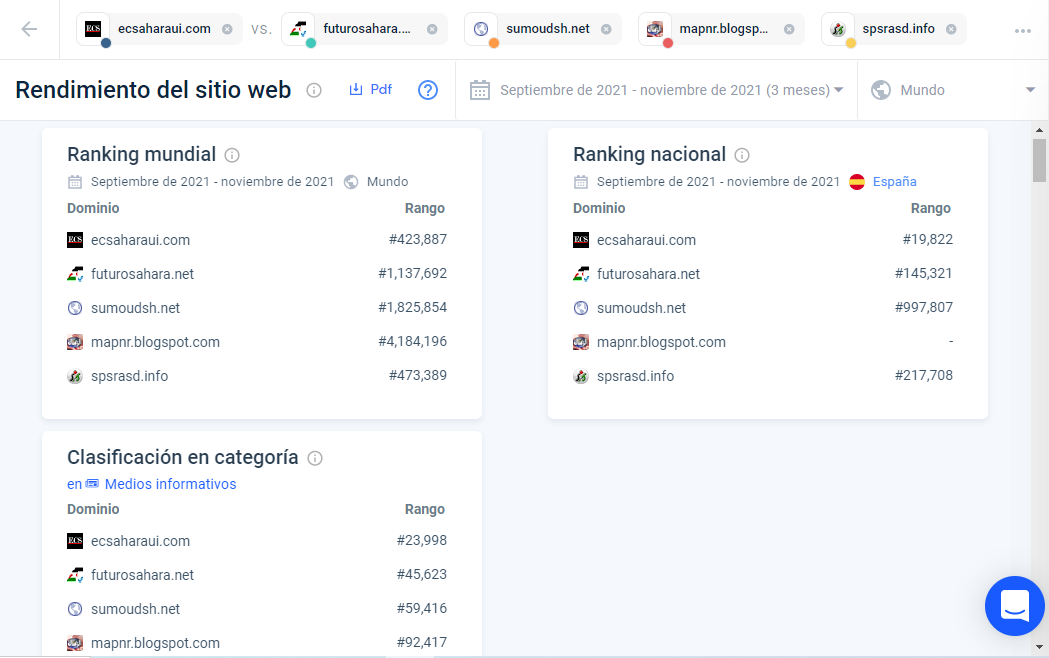 At the end of 2020 we experienced a record increase in visits coinciding with the start of the war in western sahara. Since then, the audience has continued to rebound, reaching nearly two million monthly readers with an increasingly solid positioning. The days have passed and we have seen that our number of users increased, over the months we have seen that our position has risen to number one in the entire Sahrawi national press by number of audience, dissemination and accumulation of information in Spanish linked to the conflict in Western Sahara.

Compared to the rest of the Sahrawi press and digital media, including the official agency SPS, ECSaharaui It is only surpassed in summary of traffic sources by the official news agency. 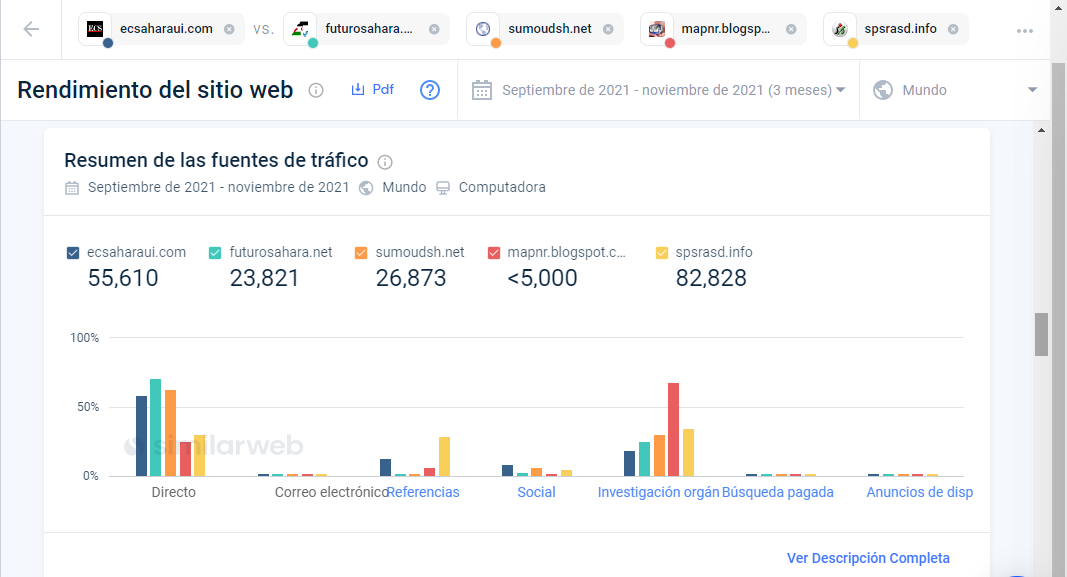 In mid-November 2020, coinciding with the outbreak of the war, we reached an all-time high with more 350,000 daily readers, and that it was maintained in a sustained manner for the remainder of the year. This represents a percentage increase of 175% between November 2020 and January 2021.

After the start of the war, almost a year ago, we started to work on a strategy to position ourselves as the digital media of reference in Western Sahara, including a redesign of the web presented to the public last March with a impulse of the Arabic edition. And today, we are proud to say that we are, for the twelfth consecutive month, the most read Saharawi digital media with an audience of nearly three million monthly visitors, being also a source for Spanish newspapers at large. draw such as El País, La Razón, El Diario, COPE, El Confidencial, OK Diario, Cadena SER among many others etc, as well as international like TelesurTV, Sunday Vision, APS, FranceTVinfo, Radio Algeria, Spoutnik, Newsy and more.

We started publishing a little over 6 years ago, since then we have not stopped and we have gradually filled the information gap that exists under the Western Sahara position ourselves today as one of the digital leaders of the Sahrawi cause. Offer news, exclusives, interviews, columns and opinion pieces in Spanish, Arabic and French, respecting our editorial line at all times.

ECS continues to grow and with this, our community, therefore, the information blockade has been reduced. However, it has not been reduced to the desired levels, now, with an ongoing war and increasing Moroccan repression against Sahrawi civilians, we more than ever need the international media to keep an eye on what is happening. goes to Western Sahara to denounce the countless human rights violations committed by the Moroccan regime.

Our honor cannot be greater in attributing to us such a responsibility, that of serving free and open information to anyone interested in our country. Also contributing in the long term to disseminate the history and culture of Western Sahara. We hope that we have met your expectations and interests in providing information on Western Sahara in general, so we will continue to do so in 2022.

ECS team would like to warmly thank all its readers, followers and regular collaborators for having contributed to spreading the Sahrawi cause and breaking the informational silence that exists, we are all participants and we are rowing against the tide with the force of truth by our side .

Source of the article

Disclaimer: This article is generated from the feed and not edited by our team.